You are here: Home1 / Keynote Speakers 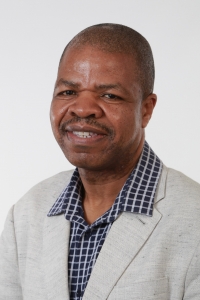 In his keynote presentation, Professor Madiba will discuss the use of multilingual approaches to academic language development rather than through monolingual English. The presentation will show how multilingual students use multilingual strategies such as translanguaging to maneuver the English academic language normativity through an intermingling of languages from their full linguistic repertoires.  The data for the presentation will draw from the four-year UK-UCT multilingual project on Overcoming Barriers in University Education in South Africa. The project focussed on multilingual students’ use of their full linguistic repertoires in Maths White Board tutorial sessions (Madiba, 2018). Click here to access full abstract. 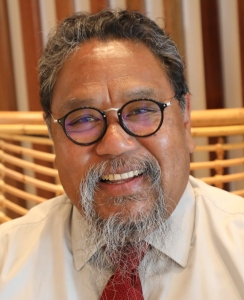 Prof N Martin Nakata, AM is the Deputy Vice-Chancellor Indigenous Education and Strategy at James Cook University. He is a Torres Strait Islander, holds a PhD in Education, and is recognised internationally as one of the leading Indigenous academics in Australia. He is widely published in national and international academic journals, anthologies, and books on Indigenous educational matters. His research work in the higher education sector to improve outcomes for Indigenous students spans almost four decades, and he has been invited to and delivered over 70 keynote addresses on his ongoing work to professional associations in twenty countries. His current ARC-funded study is focused on ways to build capacities of Indigenous learners in the STEM curriculum areas.

Currently Alex Barthel is a Higher Education consultant in academic language and learning (ALL). From 1992 to 2011, he was the Director of the former Academic Language & Learning Centre, the academic unit which provided academic and professional English language services to students and staff at the University of Technology Sydney.  He was the inaugural President and he is the current Senior Counsel and Assistant Treasurer of the Association for Academic Language & Learning (AALL Inc.). He was a member of the Australian Government DEEWR/AUQA Steering Committees which developed the 2010 English language standards for higher education (ELSHE), based on the 2009 Good Practice Principles for English language proficiency for international students in Australian universities (GPP). Previously, Alex was Head of the Division of ESOL/Languages in the NSW TAFE Commission, the largest post-secondary educational institution in the southern hemisphere.  Alex has extensive experience in adult language education (English, French & German), staff training, professional development and educational management in Europe and Australia where, shortly after his arrival, he taught English to migrants at the Villawood migrant hostel

Professor Sally Kift is a Principal Fellow of the Higher Education Academy, a Fellow of the Australian Academy of Law and President, Australian Learning & Teaching Fellows. She has held several university leadership positions, including as JCU’s Deputy Vice-Chancellor (Academic). Sally is a national Teaching Award winner, a national Senior Teaching Fellow, a Discipline Scholar (Law) and serves on many tertiary education boards. In 2017, Sally received an Australian University Career Achievement Award for her contribution to Australian HE.

We use cookies on this site to enhance your user experience

By clicking the Accept button, you agree to us doing so. If you are located within an EU/EEA member state, please read how to update your cookie settings.
Update cookie settingsNo, thank you
Accept
Manage consent

This website uses cookies to improve your experience while you navigate through the website. Out of these, the cookies that are categorized as necessary are stored on your browser as they are essential for the working of basic functionalities of the website. We also use third-party cookies that help us analyze and understand how you use this website. These cookies will be stored in your browser only with your consent. You also have the option to opt-out of these cookies. But opting out of some of these cookies may affect your browsing experience.
Necessary Always Enabled
Necessary cookies are absolutely essential for the website to function properly. These cookies ensure basic functionalities and security features of the website, anonymously.
Functional
Functional cookies help to perform certain functionalities like sharing the content of the website on social media platforms, collect feedbacks, and other third-party features.
Performance
Performance cookies are used to understand and analyze the key performance indexes of the website which helps in delivering a better user experience for the visitors.
Analytics
Analytical cookies are used to understand how visitors interact with the website. These cookies help provide information on metrics the number of visitors, bounce rate, traffic source, etc.
Advertisement
Advertisement cookies are used to provide visitors with relevant ads and marketing campaigns. These cookies track visitors across websites and collect information to provide customized ads.
Others
Other uncategorized cookies are those that are being analyzed and have not been classified into a category as yet.
SAVE & ACCEPT